Our Local Market Continues to Heat Up Through the Summer

We are looking at both July and August for this article (see previous months in my last market update). Comparing the two months to last year at the same time gets even more interesting. Only Altadena has a lower average sales price and fewer sales this year over last, and just in August, not July. And that’s contrary to my impression of Altadena sales because it seemed like those sales were going higher and higher. That’s why we compare these things over time. One month doesn’t a market make.

In general, waiting for recessionary price reductions is counter-productive: prices are trending up and sales volume is generally up. I credit the low interest rates that seem to be lasting at least through the end of the year, according to the Federal Reserve (which doesn’t really speak to mortgage rates but it does influence them).

The trick is qualifying for a loan either to buy or refinance a home loan.  If you are lucky enough to still be working you can lock in rates at their lowest ever!  Even South Pasadena is up in both volume and price after a disappointing May and June, when we usually see the robust result of the spring buying season.

If you’ve figured out where you can live cheaper and work from home, now is a really good time to sell.  And who wouldn’t like to lock in a sub 3.0% interest rate for a 30-year fixed mortgage!? 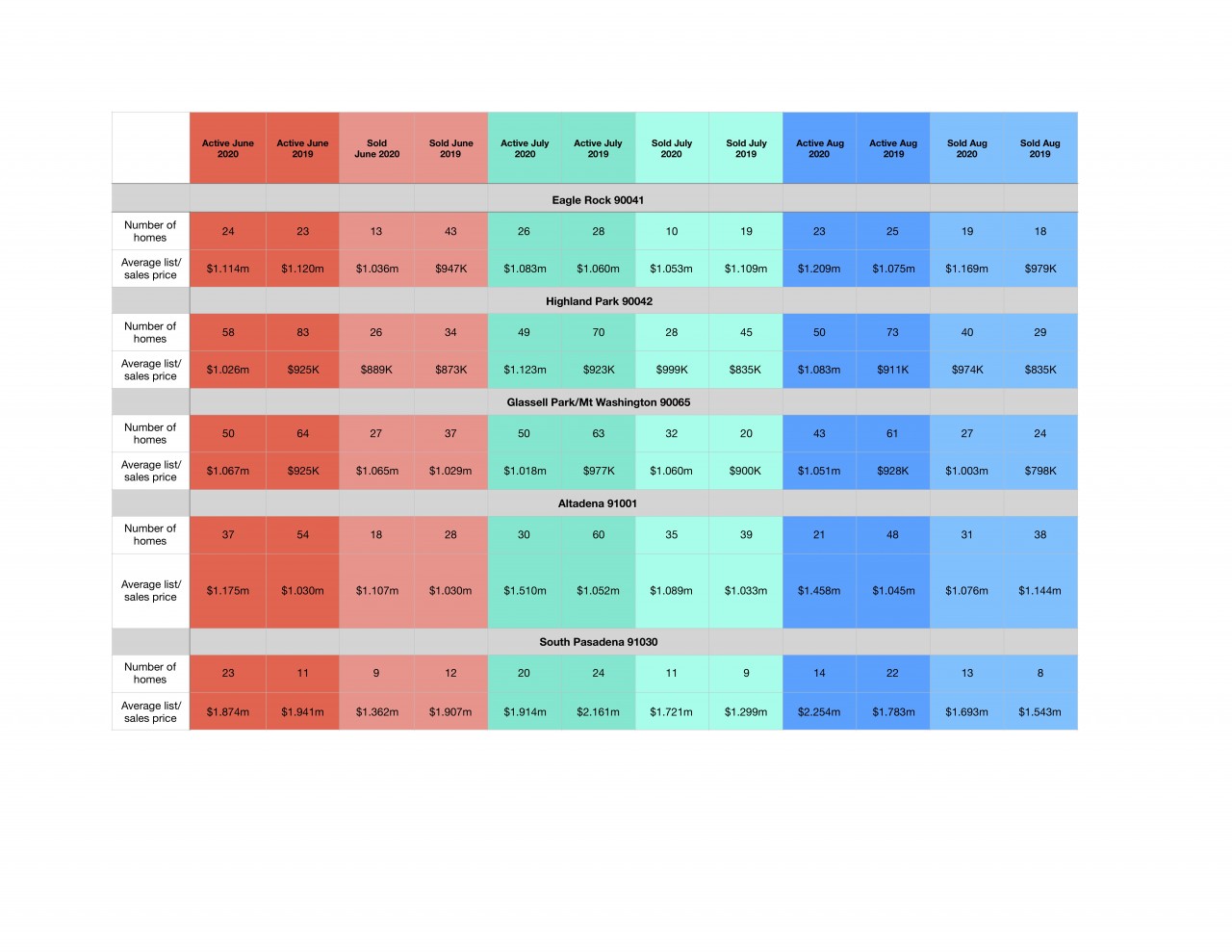 With over 30 years experience in helping clients buy and sell homes in Northeast Los Angeles, Tracy King has a depth of real estate knowledge that makes her the go-to for both the first-time home buyer and the seasoned real estate investor. When she's not holding open houses or negotiating offers, Tracy enjoys wine tasting, cooking, and planning her next trip to Paris.

By accepting you will be accessing a service provided by a third-party external to https://www.tracyslarealestate.com/